ACCESS Bank Plc has reported an impressive first quarter profits raising hopes among investors about the Bank’s determination to be the world’s most respected African bank.
The Bank’s unaudited financial results for the first quarter (Q1) ended March 31, 2017 showed an increase of 38 percent in profit before tax, which rose to N31.2 billion when compared to N22.6 billion in Q1 2016. Profit after tax grew by 34 percent to N26.0 billion in Q1 2017 from N19.4 billion in Q1 2016.
Gross earnings for the period grew by 44 percent to N116.0 billion as against N80.3 billion recorded in the corresponding period of March 2016, with interest income and non-interest income contributing 68 percent and 31 percent respectively.
Shares in the Bank, which have gained 12.1 per cent year to date, rose 2.8 percent to N6.58 on Thursday at the Nigerian Stock Exchange.
Access Bank’s balance sheet remained strong with a 2 percent growth in total assets as the Bank closed the quarter ended March 2017 with Total Assets of N3.54 trillion from N3.48 trillion in December 2016. The Group‘s capital and liquidity ratios of 21.0 percent and 46.3 respectively, remained in excess of the minimum regulatory requirement and would support the business adequately.
Commenting on the Bank’s performance during the period, Group Managing Director/CEO, Herbert Wigwe said that “2017 marks the end of our third five-year transformation journey and in the coming months, we will focus our priorities on the delivery of our strategic objectives.”
“We will continue to improve on profitability and shareholder value by maintaining our capital and liquidity positions, assiduously implementing our cost management strategy, and exploiting retail business opportunities using our digital platforms and deepening market share of the wholesale business,” he added. 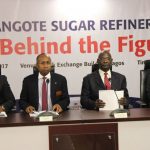 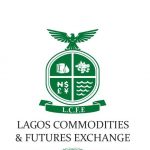 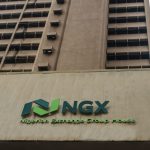