The Nigerian economy is set for effective growth and job creation with a renewed focus on digital economy, significant value addition in agriculture, other sectors including oil & gas, while boosting productivity generally.

There would also be specific attention to review trade policies that are rather too broad and expand the supply sides in revenues, foreign exchange, and electricity.

Vice President Yemi Osinbajo, SAN, made these disclosures on Monday during a virtual interaction at the World Economic Forum (WEF) Country Strategy Dialogue on Nigeria.

According to the VP, “the cornerstone of our strategy is boosting productivity by focusing on value addition as the guiding principle for all sectors, especially agriculture, manufacturing, solid minerals, digital services, tourism, hospitality, and entertainment.”

The WEF Dialogue series held in select countries is aimed at promoting productive conversations about key axes of growth and investment.

It would be recalled that the ESP, which was approved by President Muhammadu Buhari on June 24, 2020, was developed by the Economic Sustainability Committee chaired by Vice President Yemi Osinbajo, SAN, who the President also asked to lead its implementation. Through the implementation of the ESP, about 2 million jobs have been created and saved.

In agriculture, Prof. Osinbajo explained that “just as we seek to increase production of rice, we are paying equal attention to other parts of the value chain such as storage, transportation, processing and marketing.

Continuing, the VP said “we are also looking at reciprocity for incentives, we have a very robust incentive regime but we think it’s time to really look at reciprocity. What jobs are created? Where is the value addition in return for these fiscal and other incentives?”

The Vice President then noted that loosening restrictions on trade is another issue of concern. According to him “it is important to loosen generalized restrictions on trade and focus instead on allowing imports of goods to which value can be added before domestic consumption or exportation.”

Explaining areas where attention should be focused on supply-side issues, the VP said “stopping resort to demand management as the first policy option, and we think a post-COVID-19 policy reorientation requires moving away from a strategy of managing limited supplies to one of expanding the supply base for example in foreign exchange, government revenues, electricity, and petroleum products.”

On electricity, Prof. Osinbajo explained that rather than expending energy on managing the distribution of 5000MW that is currently being transmitted through the National Grid, “the focus must be on increasing the supply of electricity including through allowing mini-grids, pushing solar power connections and allowing integrated power companies to emerge.”

The Vice President identified digital economy as an area that is “big for us and the next couple of years, and we are focusing on it.” His words: “first through getting additional funding, we have a $600million Innovation Fund with the African Development Bank which we hope will really energize the industry.

“Nigeria has 6-7 Unicorns and all came between 2016 and now, in the middle of two recessions. It does show you how much energy and how much traction the whole technology space is gaining.”

Speaking on the new National Development Plan, Prof. Osinbajo noted that the new strategic direction will enable the country to achieve a GDP growth rate that is higher than the rate of growth of the population and enable more social inclusion.

According to the VP, “three broad objectives of our post-COVID-19 development strategy; the first is to overcome the economic slowdown caused by the COVID-19 pandemic and the second is to achieve a GDP growth rate that is higher than the rate of growth of population and the third broad objective is to enable more social inclusion.”

Prof. Osinbajo noted that in monetary policy terms “a key issue is the availability and cost of accessing foreign exchange.  It would also be important, in my view, to increase foreign exchange inflows into the economy.

“We think a focus on supply, as opposed to demand management, is the way that this should go. We think that we will be able to persuade the Central Bank of Nigeria regarding our preferred approach to this,” he added.

Later during a Question-and-Answer Session, Prof. Osinbajo explained the Buhari administration’s policy on addressing unemployment, health insurance and Climate Change, among others.

He said “the principal focus of our National Development Plan is to ask the question, how many jobs will this create? We are focused on creating jobs as a matter of policy.”

In its introductory report on the Strategy Dialogue on Nigeria, the World Economic Forum noted the response of the Federal Government to the economic fallouts of the COVID-19 pandemic saying, “the Nigerian government reacted swiftly with a COVID-19 Crisis Intervention Fund and a stimulus package of N2.3 Trillion as part of the Economic Sustainability Plan (ESP)” which boosted its economic growth and helped the country exit recession. 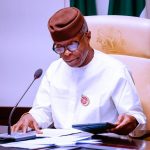 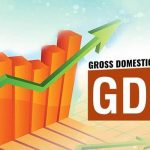 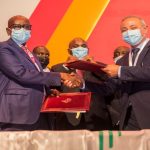