The programme was organised by SON in collaboration with the Securities and Exchange Commission (SEC).

Salim said Nigeria was still lagging behind despite being rich in agriculture, with arable land put at 34 million hectares, which represents 33 per cent of the country’s land mass.

“Commodity trading in Nigeria began in 1947 and the first Commodity Exchange (NCX) was established in 2001 which is still thriving under the purview of SEC with several private ones being established.

“However, countries with better organised commodity exchanges have historically gained advantage over others,  including Nigeria,” he noted.

Salim, who said Nigeria was ready to key into global sustainable commodity market, expressed the readiness of SON to partner with processors and farmers to improve commodity standards.

“SON is ready to partner in areas of services and products to develop new standards and review of existing ones in line with the economic diversification policy of the Federal Government.

“The only way we will be able to have Halal certification is to join the Standards Organisation of Islamic Countries (SOIC) where one can use some of the resources they have in the Halal Institute,” he said.

Salim added that the purpose of the institute was to help set the standards together with Islamic stakeholders in the country.

According to him, Nigeria has meat products and if we are able to get Halal certificate recognition,  fresh meat can be easily be exported to the Middle East, without any stress.

The director-general also said Nigeria’s economy could benefit from the Halal system currently worth more than seven trillion dollars.

Also speaking, the Director-General of the SEC, Alhaji Lamido Yuguda, said there was need for stakeholders to ensure effectiveness, adoption and enforcement of appropriate standards.

Yuguda said it would help establish quality, save embarrassment, as well as prevent the rejection of Nigerian produce.

The Deputy Governor of Kano State, Alhaji Nasir Yusuf-Gawuna, commended the efforts of SON and SEC for the sensitization.

He said their collaboration would help processors and farmers to achieve greater success in the state. 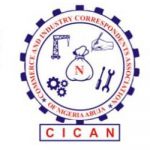 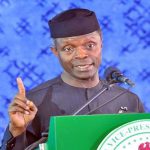 How we are revitalising mining sector to deepen economic growth, by Osinbajo …VP adds: Mining is a major part of our National Development Plan 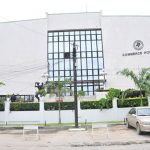