The Permanent Secretary, Debt Management Office, Mrs. Rukayat Alake Sanusi, has inspected the progress of work on the Blue Rail Line project in anticipation of a visit by the members of the Securities and Exchange Commission (SEC) and the Trustees.

Speaking during the inspection tour, Mrs. Sanusi said the project, initially funded with Bonds, was further funded with the Central Bank of Nigeria (CBN) Intervention Programme and Real Sector Support Facility Differentiated Cash Reserve Requirement (RSSF-DCRR) for the financing of the Blue as well as the Red Line Rail Projects.

Her words: “Although the project was at inception funded with Bonds issued by Lagos State. The innovative financing option was used by Lagos State to kickstart the Lagos Rail Mass Transit, a major component of the Lagos State Strategic Master Plan (STMP). The facility was obtained at a single-digit concessionary loan for a 10-Year tenor. Lagos State was the first Sub-National to access this lending window”, the Permanent Secretary stated.

Mrs. Sanusi also expressed satisfaction with the progress of work done so far on the project, maintaining that the project will be delivered on schedule. 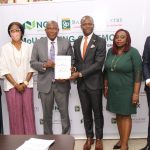 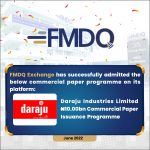 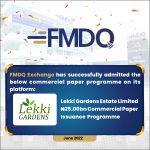