A key bridge into the city of Kherson is now out of action after Ukrainian forces struck it with long-range rockets originally supplied by the US.

It means thousands of Russian troops are now in danger of being cut off from the rest of the occupied territory.

Strategically located west of the Dnipro River, the city was the first in the war to fall to Moscow’s forces.

Only a pockmarked wreck remains of the half-mile long bridge, one of two key routes spanning the Dnipro River which have both now been hit.

Moscow depended on the crossings to resupply their troops stationed west of the river, and are now at risk of becoming isolated from the rest of Russia’s occupying forces.

Military sources described Kherson as “politically the nearest Russia has to a jewel in the crown of its occupation” – and its loss, they say, “would severely undermine Russia’s attempts to paint the occupation as a success”.

Moscow is now “moving the maximum number of troops in the Kherson direction,” said Oleksiy Danilov, who is secretary of Ukraine’s National Security Council, on Wednesday evening.

The BBC has not been able to independently verify this claim.

In Kherson, Russian-installed officials confirmed that a Ukrainian artillery strike had seriously damaged the Antonivskiy Bridge, forcing its closure to traffic.

Speaking to Ria news agency, deputy city leader Kirill Stremousov said ferries and pontoon bridges would now be used instead to maintain links across the Dnipro River with the rest of Russian-occupied territory.

For days the Ukrainian military has targeted the bridges using highly effective rocket systems supplied by the US.

According to Western military sources, the attack is part of a Ukrainian counter effort to isolate Russian troops, with the ultimate goal of recapturing the entire region.

If it proves successful the ambitious campaign would provide a much-needed boost for Kyiv by retaking from Russia the most significant population centre it has so far captured since the invasion began – the city of Kherson.

The southern city, which had a population of 290,000 before the war, is currently administered by Moscow-backed officials after falling early on in the war.

According to Tass news agency, city officials there have moved forward in recent days with plans to hold a referendum on formally joining Russia – with authorities forming an election committee in preparation.

The US has accused Russia of preparing to annex parts of occupied Ukraine illegally.

In his nightly Wednesday address President Volodymyr Zelensky vowed that Ukraine would eventually rebuild the Antonivskiy Bridge as well as other crossings in the Kherson region.

“We are doing everything to ensure that the occupying forces do not have any logistical opportunities in the country,” he said.

Russia captured Kherson with relatively little resistance in the war’s early days – and the failure of Ukraine’s security service to destroy crossing points over the Dnipro River at the time is believed to have last week led to Mr Zelensky’s dismissal of the agency’s director Ivan Bakanov. 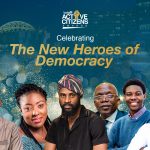 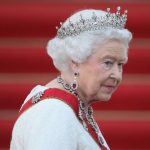 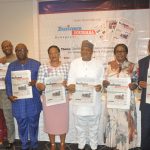